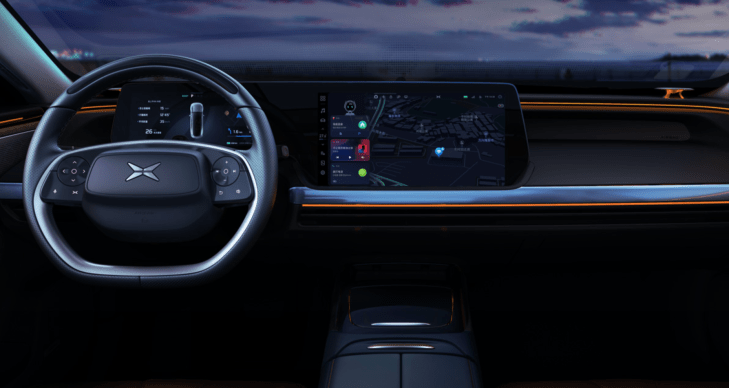 The once-pioneering BlackBerry is pretty much out of the smartphone manufacturing game, but the Canadian company has been busy transitioning to providing software for connected devices, including smart cars. Now it’s brought that section of its business to China.

This week, BlackBerry announced that it will be powering the Level 3 driving domain controller of Xpeng, one of the most-funded electric vehicle startups in China and Tesla’s local challenger. Baked in Xpeng’s intelligent cockpit is BlackBerry’s operating system called QNX, which competes with the likes of Android and Linux to enter automakers’ next-gen models.

Sitting between BlackBerry and Xpeng’s tie-up is middleman Desay SV, which specializes in automotive system integrators like Aptiv. Desay SV, founded in 1986, has an illustrious past as a previously Sino-German joint venture that involved Siemens. The Huizhou-based company today supplies to Tier 1 automotive brands and original equipment manufacturers (OEMs) in China and around the world.

The kernel of Xpeng’s domain controller is NVIDIA’s Xavier cockpit chip for automated cars, so a good amount of software and hardware in Xpeng’s new car is based on foreign technologies.

The mass-produced Xpeng model in the spotlight is an electric sports sedan numbered P7. It features a processing unit that can calculate “the vehicle’s driving status and provides 360-degree omnidirectional perception with real-time monitoring of the surrounding environment to make safe driving decisions,” according to the announcement.

“Desay SV Automotive has extensive experience in intelligent cockpits, smart driving and connected services. Augmented with the safety expertise of BlackBerry QNX, together we can address the diverse needs of an auto industry that is undergoing meaningful transformation,” said John Wall, senior vice president and co-head of BlackBerry Technology Solutions, in a statement.

“To that end, it’s a real privilege to have BlackBerry technology powering the intelligent driving system within Xpeng Motors innovative new P7 system.”

The partnership arrives as Alibaba and Xiaomi backed-Xpeng is eying to raise up to $1.1 billion from its initial public offering in New York. Its Chinese rivals Li Auto and NIO raised similar amounts from their U.S. IPOs.

Harley-Davidson is getting into the electric bicycle business – TechCrunch